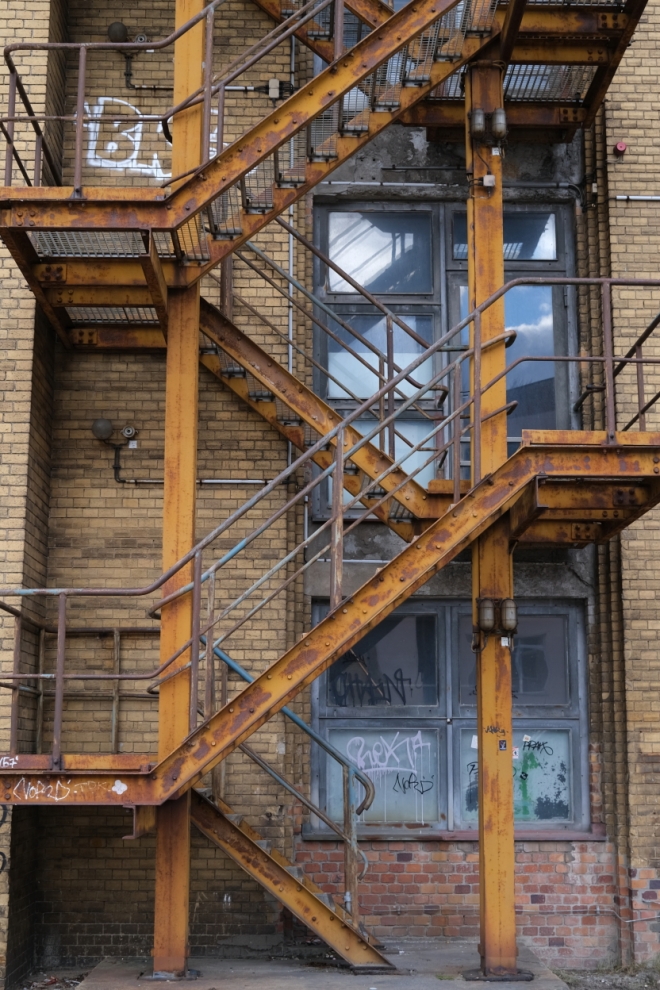 I recently returned to the Schöneweide district, which at the turn of the last century was the largest industrial centre in Berlin.

A century of industrial activity centred around the electrical sector and in particular the firm AEG (Allgemeine Elektrizitäts-Gesellschaf ), of which numerous architectural “traces” can be found in Berlin in the districts of Mitte, Moabit and in the one I am taking you to today.

The great architects of the time, including Peter Behrens, contributed to the emergence of the Schöneweide district with massive buildings built in blond brick in contrast to the classic use of red brick. A remarkable style.

Emil Rathenau was the driving force behind the development of AEG and his legacy is still visible. He created an entire district, bordered to the south by the Spree River, which allowed for the supply of factories and the re-export of finished products, and to the north by a railway line that provided a land connection. The railway line ran along what is now the main street.

The industrial district was to be doubled with a residential district to the north, on a concept inherited from the garden cities of the late 19th century. This made Schöneweide a major industrial and residential centre until the Second World War.

The buildings suffered from wartime bombing but were not totally destroyed and under the GDR this district retained a strong industrial activity. After the reunification, the factories will close and today we have a mixed area with cultural spaces, exhibition halls, museums, artists’ studios and wastelands.

Most of the buildings are listed. The large halls are now empty and awaiting property development.

Where to find this place in Berlin: https://goo.gl/maps/Uvww1MeT2Sqjg3zG8

I published a post on this area last year, other photos, other lights: https://wherever-it-is.com/2021/06/25/elektropolis-berlin/