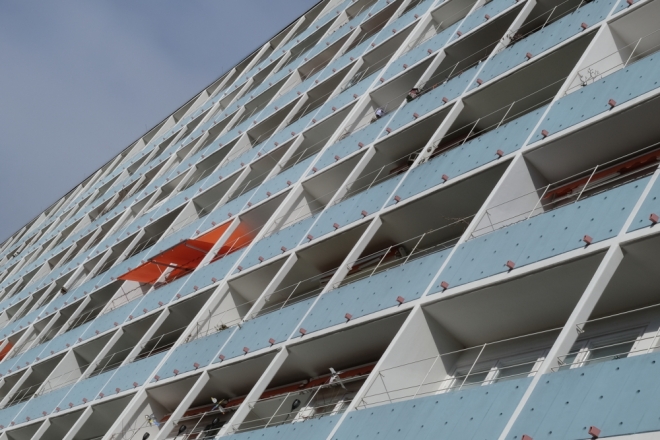 At the end of the war, the question of housing, no matter which part of Berlin one is in, is a priority. Many buildings were completely destroyed or uninhabitable.

A district of West Berlin was the subject of an international architectural competition and was completely rebuilt during the 1950s: Hansaviertel. This district, located near the Tiergarten, was very chic before the war. The bombings between 1943 and 1945 destroyed almost all of it.

In 1953, the Berlin City Council launched Interbau, and the greatest architects of the time submitted projects. In 1957 the buildings were completed, a mixture of high-rise apartments, low-rise buildings and even pavilions, all surrounded by greenery.

An ideal place to take architectural photos and work on repetitive patterns.

Or on the colours, as this is one of the characteristics of these 1950s buildings in Hansaviertel.

Where to find it: https://goo.gl/maps/zUrVokGoMDRRFU296

One thought on “West Berlin in the 50s: Hansaviertel”